When we were asked to be a part of Cosmic American Productions’ 9th Annual Gram Parsons Birthday Bash, we were like, “Are you sure? We’re so rowdy.”

Nicknamed the “Heartland Show,” the Linneman’s leg of the traveling one-night festival celebrates Gram Parsons and his far-reaching influence on country music (and Keith Richards of the Rolling Stones), with the ultimate goal of getting Parsons inducted into the Country Music Hall of Fame in Nashville. One of Rolling Stone Magazine’s “Most Important Artists of All Time,” Parsons died in 1973 at the age of 26. This November would have been his 70th birthday.

After Will James, organizer of the Birthday Bash, told us “You’re in,” one thing led to another, and here we are, one rehearsal away from headlining the show this Saturday night at Linneman’s River West Inn on Locust Ave., 7 p.m. to 1 a.m. Seven country-influenced bands from Chicago and Milwaukee will each play 40-minute sets, including some Parsons’ songs and their own original material. The Cow Ponies’ set starts at midnight.

Two of the Milwaukee bands that will also be there are Doghouse Flowers and Alex Ballard & Sugarfoot, with whom we played in one hella-stellar show back in January.

Admission at the door is $10. That’s a buck-forty-three per band. Yeah. We’ll see ya there. 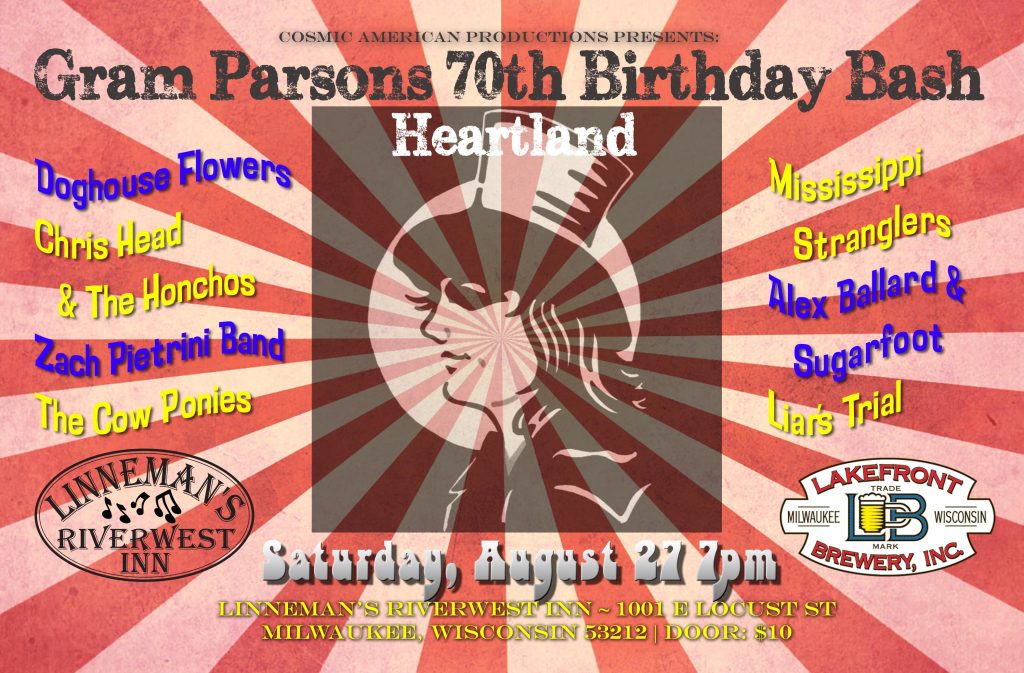 Last weekend, our drummer Andy played at DEVOtional, the annual two-day tribute to Devo at Beachland Ballroom in Cleveland, with his other band, dear friends Xposed 4Heads. When you see him, ask him about it. They killed it.

If you’re part of the old Milwaukee music scene – and even if you’re not – you’ll love this show, a more-than-friendly face-off between John Graham of the Rock-A-Dials slash Tom T of Those X-Cleavers, and Bobby Steele of Tense Experts: three guys whose bands were highly influential in the 80s scene, who have been making music all along since that magical time in Mil-town’s musical history. Check out their newest projects – John and Tom T in The Cow Ponies, and Bobby in his Rockford, IL-based Law & Love. Lotsa mutual respect there. So intriguing that Robin’s long-long-long-time besties are drivin’ over from Cleveland (OH, not WI) to check it out. You should too. 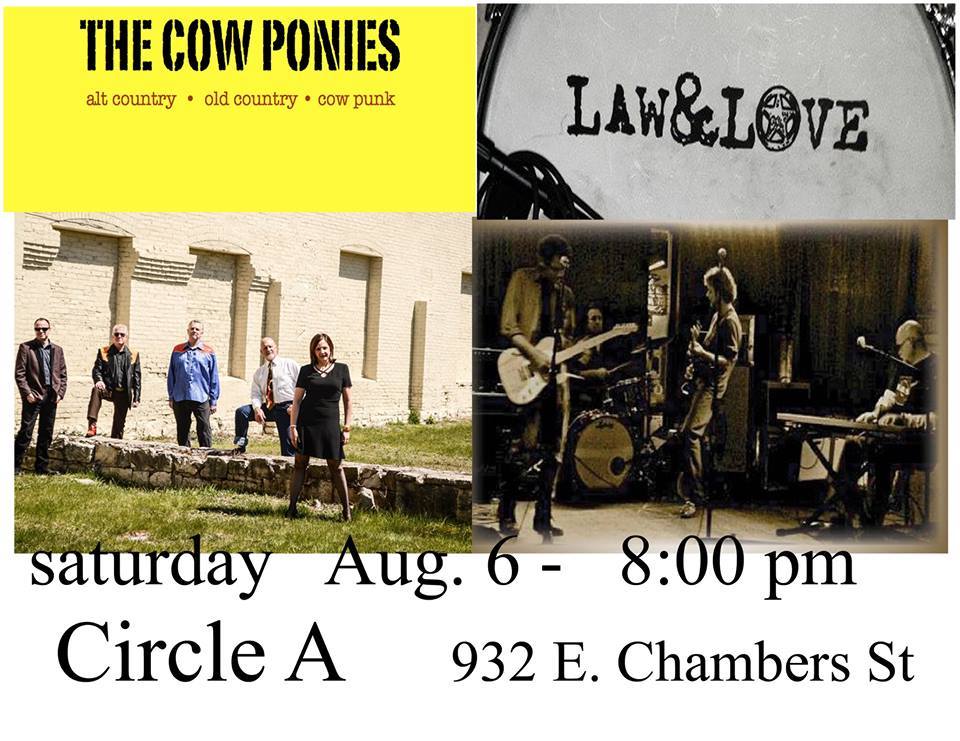