Hey y’all, John and Robin of The Cow Ponies here. We are super-excited about performing at the March 8th installation of Amplified Artists Sessions at Saloon on Calhoun! We’ll be doing six Cow Ponies songs written by John: just the two of us, a couple-a mics, and an acoustic guitar. Throw in some percussion, a megaphone, and a few empty beer bottles too, and we’re all set. Amplified Artist Sessions is spearheaded by the lovely Thea Morton Vorass, accomplished musician and WAMI Award winner who played cello on our new CD, “Easy to Fall.” Joining us are Matt Davies from Thriftones, Martin and Mary of Love Lies Bleeding, and our friends the Zach Pietrini Band (fresh off their winter tour). Everything starts at 7p.m. Come support Wisconsin’s cool local songwriters and musicians! xo 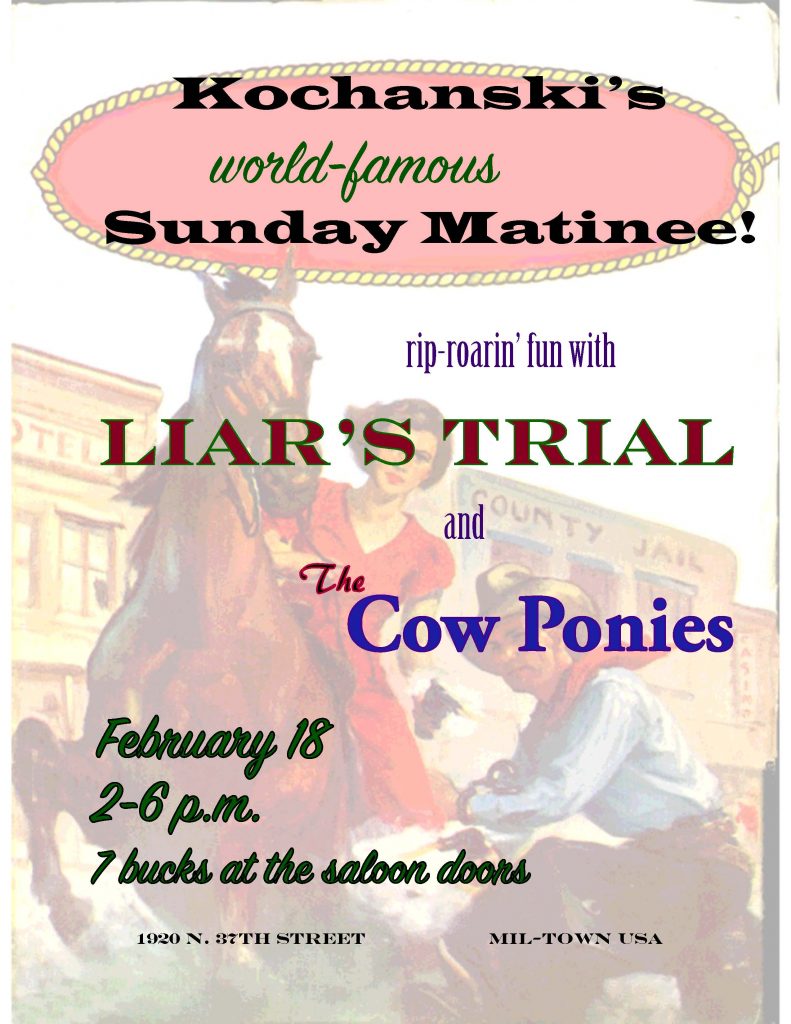