We can’t believe we’re saying this, but dang, we’re looking forward to playing an indoor show, and at an old friend’s to boot: Kochanski’s Concertina Beer Hall. It’s been a hot one in Mil-town, y’all. We felt the full force of those record-breaking heat waves that affected many of you around the country too.

We’ve played at Kochanski’s a bunch-a times, but we haven’t been there since June when we played at Polish Pile-Up. This Saturday night, we’re playing with new friends comin’ up from Chicago: South City Revival, purveyors of American music who, according to Shepherd Express, play “rootsy rock ‘n roll and and alt-country in bluesy licks and weepy pedal steel guitar.” Right up our alley.

It’ll be a good opportunity to see two pedal steels in one place. A great way to celebrate the end of summer and the beginning of a beautiful fall. The best place for Polish and Eastern European beers, and for dancin’, and for hula-hoopin’. Cool and mellow and rowdy and crazy. And the cover? Only five bucks!

Read about South City Revival in the Shepherd

Read about The Cow Ponies in the Shepherd 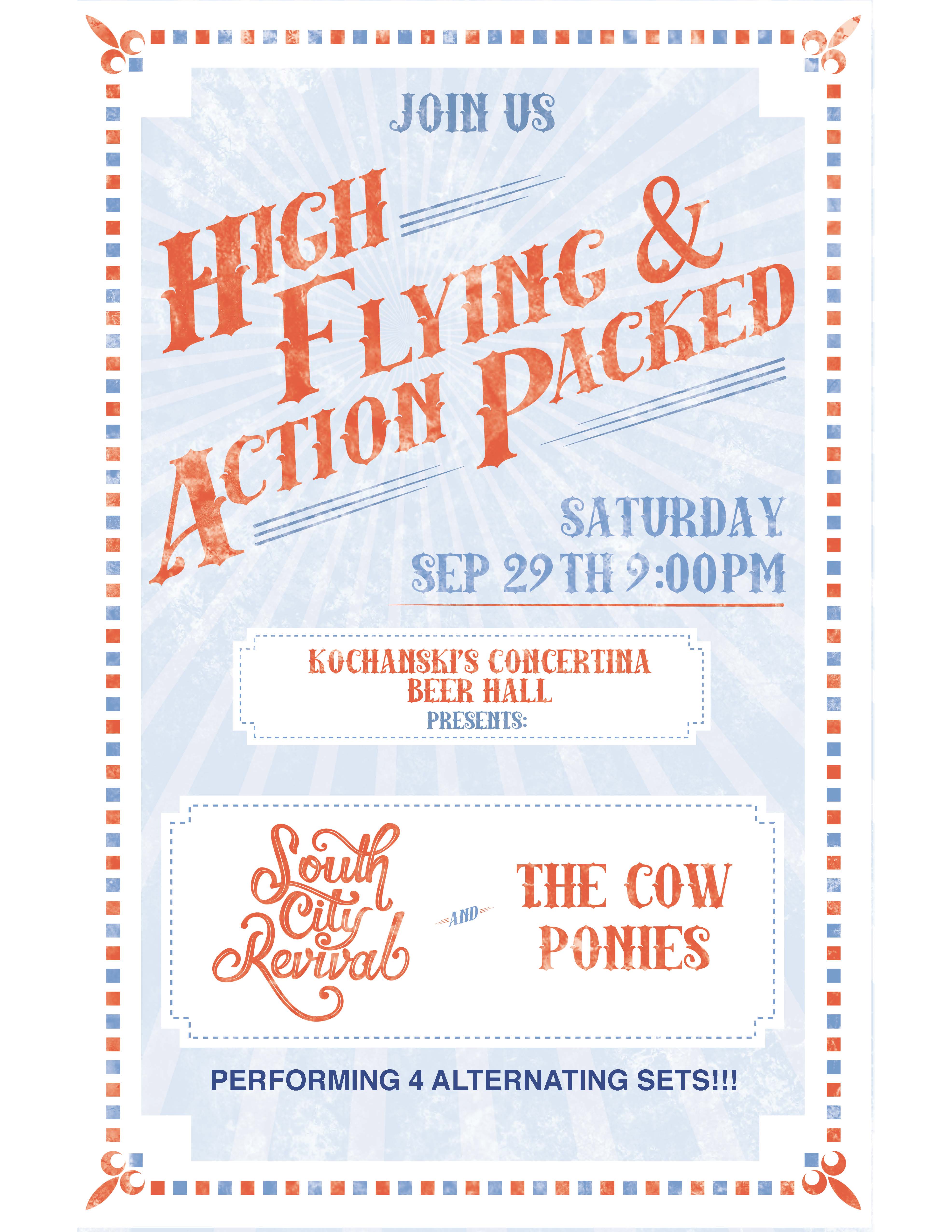